See on Scoop.it – Virology and Bioinformatics from Virology.ca 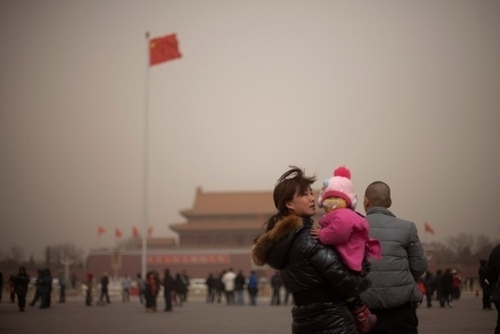 For people racked by the dreaded ‘Beijing cough’, it is all too clear that particles in the city’s thick smogs pose a public-health problem. But much less clear is the impact — or even the identity — of the microbes that also drift through the brown haze.

Chinese researchers have now used genome sequencing to identify about 1,300 different microbial species in an exceptionally soupy smog that hit Beijing in January 2013 (ref. 1). Reassuringly, most of the microbes they found are benign — but a few are responsible for allergies and respiratory disease in humans. And on days with heavier pollution, the proportion of DNA from these allergens and pathogens increased, suggesting that they might present an additional health threat to vulnerable groups, such as older people or those with weakened immune systems.

Our paper, Understanding evolution of SARC-CoV-2 (JMV; https://doi.org/10.1002/jmv.25909), has been featured by European Virus Bioinformatics Centre @EVirusBioinfC in their special issue on #SARSCoV2

#virology | Publications on #SARS-CoV-2 and #coronaviruses in general – | @scoopit http://evbc.uni-jena.de/publications/publications-on-sars-cov-2-and-coronaviruses-in-general/?utm_medium=social&utm_source=twitter